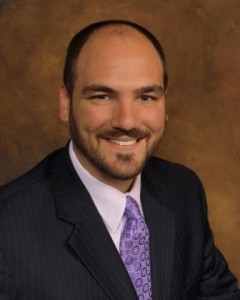 Christopher M. Wolk
visit superlawyers.com
Chris is a Partner at Blumberg & Wolk, LLC. He attended Rutgers The State University of New Jersey – Camden College of Arts and Sciences where he earned an undergraduate degree in History with a minor in Political Science.
Chris is a graduate of Rutgers University School of Law – Camden. While attending Rutgers – Law he was a member of the Rutgers Civil Practice Clinic where he represented clients in all areas of the law. Also, Chris gained useful experience as a law clerk at Aronberg & Kouser, PC.
Chris has quickly gained the respect of his colleagues in the medical malpractice community. He has litigated and tried medical malpractice cases to conclusion. He has represented doctors, nurses and various other medical personnel in this regard. Chris has also represented plaintiffs in personal injury matters involving auto negligence and slip and fall accidents.
In 2011 and 2012 Chris was named as one of New Jersey’s Super Lawyers in the category of “Rising Stars”.